On Wednesday, in between meetings, I enjoyed a brief visit to the famous Sensoji Temple in Asakusa. This is the oldest temple in Tokyo and one of the most popular tourist spot. This temple's legend goes back to 628 AD.

Because it was only around 9:00 AM, only a few of the Nakamise stores were open. Actually, I was surprised to find so many people there. As I walked closer to the main temple building, more and more of them came - seemed to be by bus loads.

Then I realized most of them were Chinese. They must have been taking their vacation in Japan for Chinese New Year.
Here is Kaminarimon, the gate to the temple. 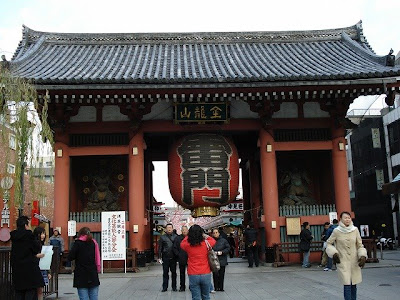 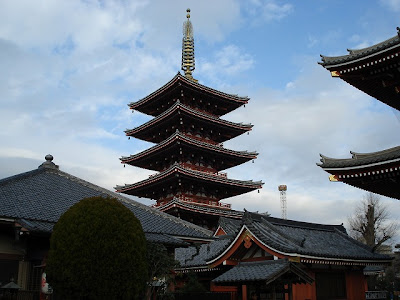 The main temple building with a big roof. 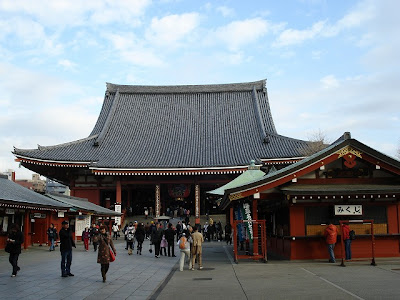 Here are the Chinese tourists. They seemed to be very comfortable taking photos and praying. I hope they had nice stays in Japan. 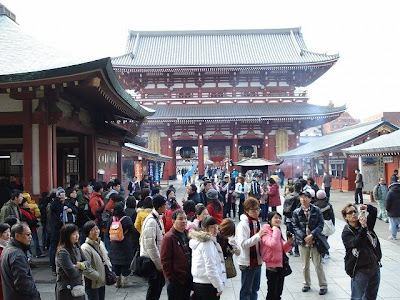 Nakamise shopping street leading to the main building of the temple. 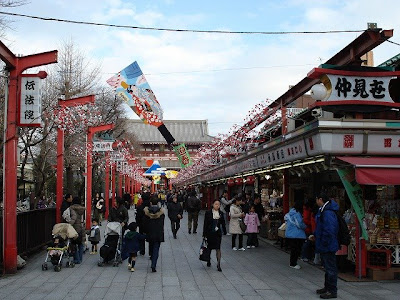 A souvenior store displaying Japanese dolls and many varieties of Maneki Neko, popular displays for restaurants for it is believe to bring many customers and business. 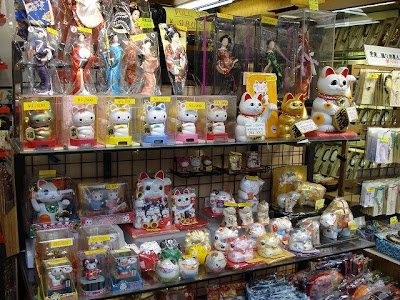 Here's something new - boxes of Manju, Japanese sweets, featuring the new President of the United States. 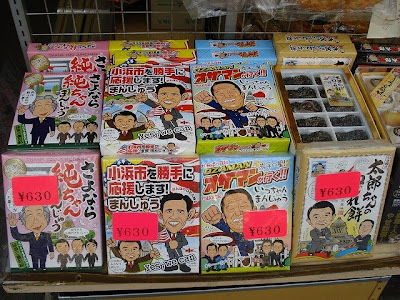 The box on the left features Junichiro Koizumi, one of the recent Prime Ministers of Japan. The one on the right next to Mr. Obama has a picture of Ichiro Ozawa, the leader of the opposition party (Democratic Party of Japan). The picture on the box of the far right is Taro Aso, our current Prime Minister and the leader of the ruling Liberal Democratic Party. His picture is also featured on the box of the US President.
Posted by datadawak at 10:09 AM