Last weekend, I was back in Sendai to see Tohoku Rokkon Festival. This was a two-day event to support the disaster affected areas. "Rokkon" means "Six Spirits" - symbolizing the six major festivals of Tohoku, the region that was hard hit by the March 11 disaster. This was the biggest event that took place in Tohoku area after the earthquake.
The logo of the festival - calligraphed by a very talented 12-year old boy - Takuya Takahashi. 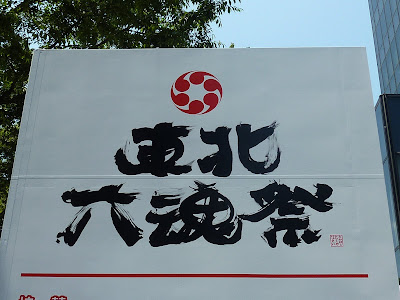 Many more people than expected showed up for this event - caused a traffic jam. 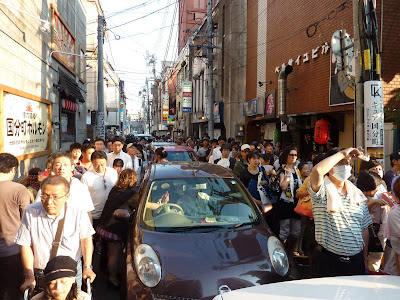 On Sunday, my group had a very good seats - air-conditioned restaurant above the crowd. We felt sorry for the people in the sun-baked roadside. 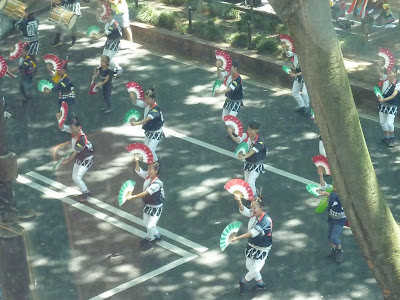 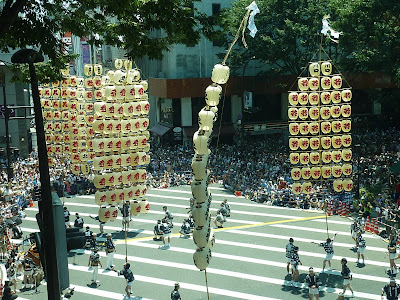 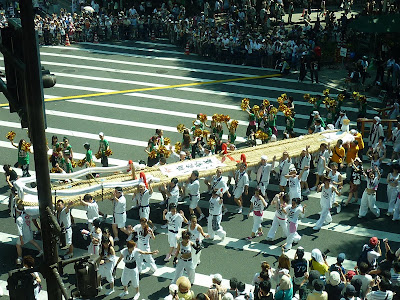 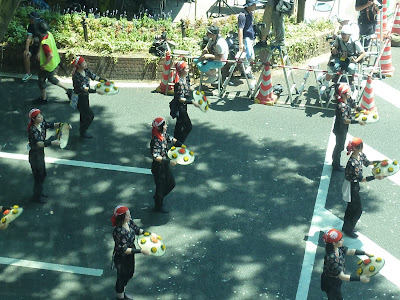 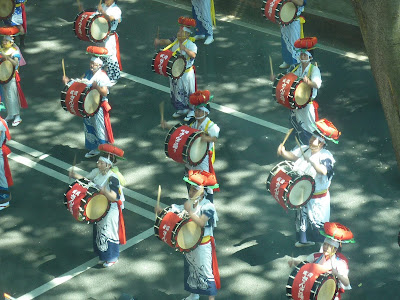 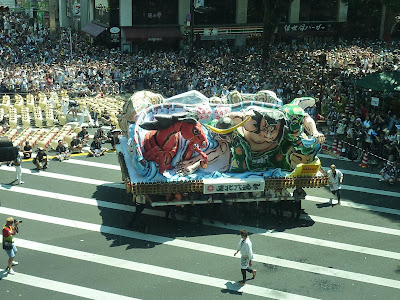 Sendai Tanabata Festival ornaments displayed by the hotel I stayed. A dixieland jazz band was playing. 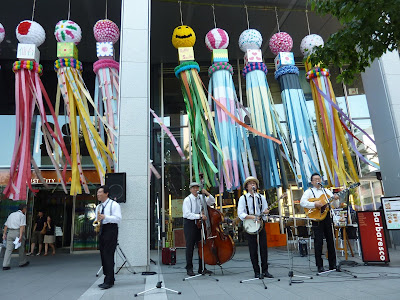 It was reported that over 360,000 people gathered for this two-day event. Great success!