This week, I was in Naha, Okinawa for two days.  I could go for a couple of nice morning runs and an afternoon walk.  It was much warmer than Tokyo (but of course, not as warm as Indonesia). 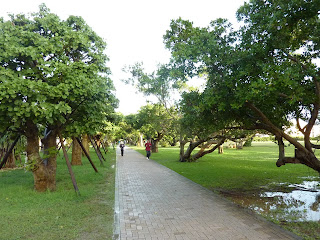 A huge Banyan tree at a park an old temple (Sogenji) used to stand until 1945. 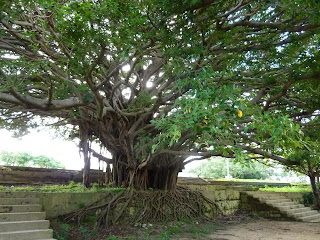 Birds were standing around in a tide flat. Fishing boats at a harbor. 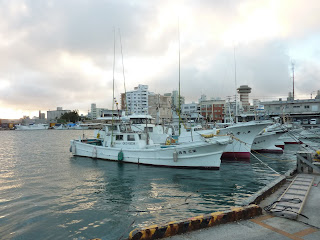 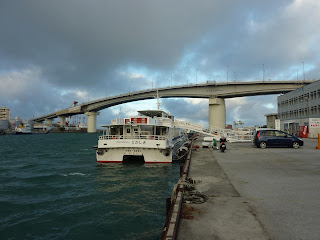 One of the two dragon figure ornaments of Tomari Harbor Bridge. 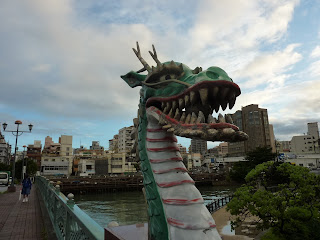 Posted by datadawak at 5:52 PM