AFC Half Marathon and San Diego

My wife and I participated in A Half Marathon in San Diego .

Cabrillo National Monument at the tip of Point Loma - close from this point, the run started at 7:00. 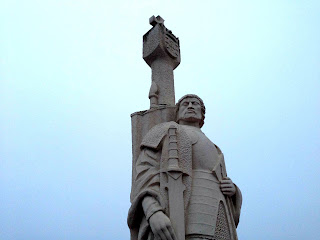 A view of San Diego Harbor from Point Loma. 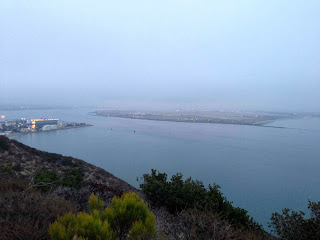 At the starting line - 8,000 people participated in the run. 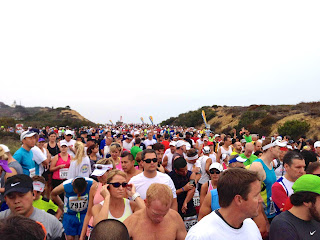 Runners saluting the American national flag before the run - with the National Anthem. 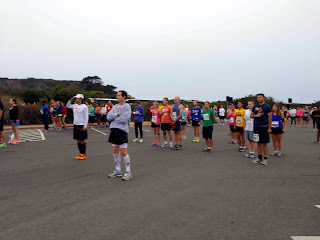 The half marathon was fast paced the first part of the run for it was mainly down hill along the peninsula of Point Loma.  Then the middle part was pretty flat - running through residential area and along the harbor.  But towards the end of the run - was a long up hill - through downtown San Diego, ending up at Balboa Park.  It really was a tough hill!  This URL shows maps and up and downs of the race.

After the run - finishers getting photos taken. 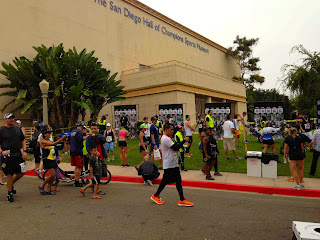 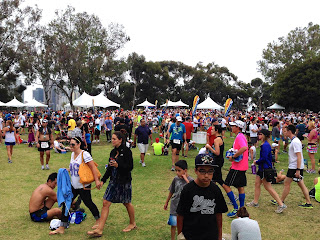 My bib and the finisher's medal. 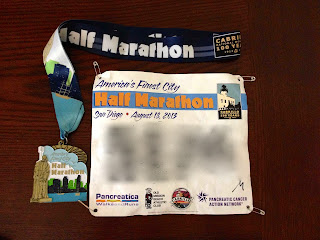 The view of San Diego Harbor from my hotel - so nice. 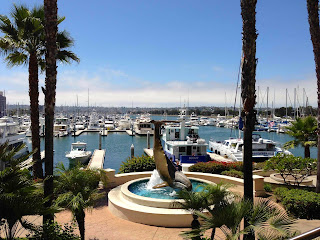 We could visit SeaWorld to see Shamu show. 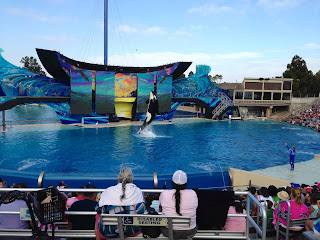 We also had a very nice and relaxed dinner at a restaurant at Mission Beach. 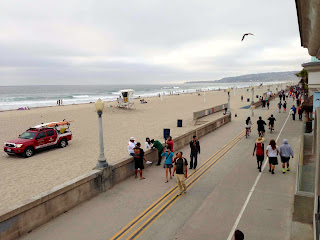 Posted by datadawak at 7:00 AM