I am a bit late in writing this, but after Cape Town, I was lucky to be able to spend a weekend with my college friend and his family in Johannesburg. This was the first time in over 17 years since I saw him last.  It was great to see him and his family. And - they really took me around!

First, we drove to the Rhino and Lion Nature Reserve,.  It was like a safari and I saw many wild animals roaming around.  The below are some of the pictures from the interesting place.


It was a feeding time for the Lions. 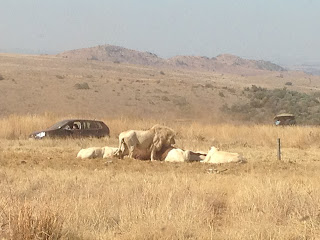 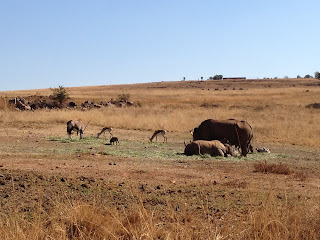 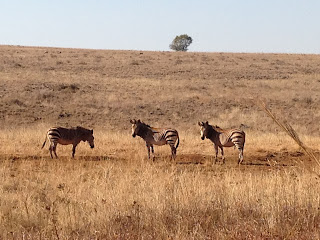 We then went to The Cradle of Humankind - a World Heritage Site.

The skeleton of Lucy - the oldest human known.  We learned that its name came about because the excabators were listening to the Beatles song "Lucy in the Sky with Diamonds". 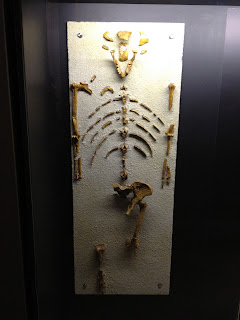 I also went to Soweto - the largest of townships close from Johannesburg.


This is a wall on the Vilakazi Street depicting Winnie Mandela, Desmond Tutu, and Nelson Mandela. 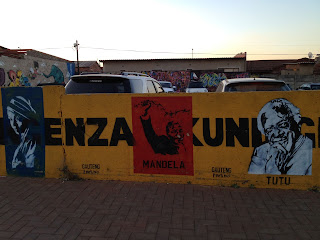 Inside the Mandela House - the actual house where Winnie and Nelson lived. 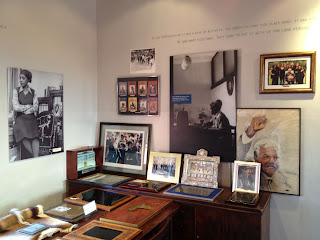 A typical house in Soweto - the Mandela house looked very much like this one. 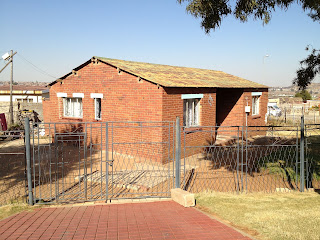 A momorial right outside of Hector Pieterson Museum - a facility dedicated to the 16 June 1976 uprising against Apartheid that bears the name of the 12-year old boy that was shot to death on that day. 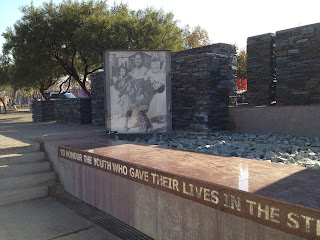 The statue of the most famous and popular person of South Africa at the Nelson Mandela Square. 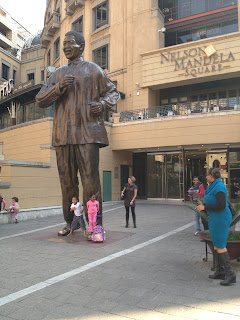 Posted by datadawak at 8:55 AM