I reported about some changes in Kichijoji in my blog this summer, but there are many more changes around the train station.  I would like to show them here.

The southern entrance of the station (Inokashira Koen Guchi) is currently re-routed to cope with the construction of the Keio LIne station building. 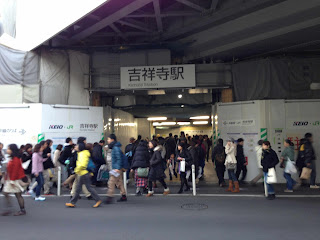 It is actually quite confusing. 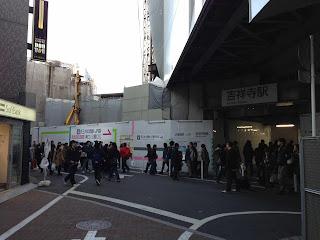 Here's what the area used to look like (from Google Maps)

The back side of the new building - it is coming along well.   This announcement from the city gives information about the construction. 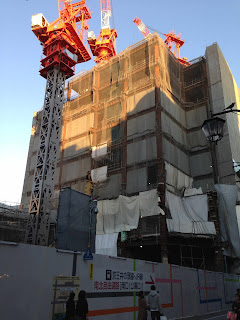 Looking towards the station construction from south west corner of the narrow street where the buses go into. 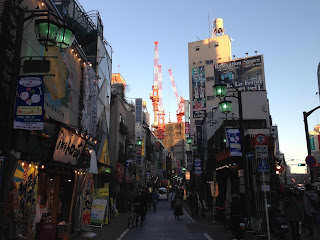 The view of the similar angle from Google Maps.

A building by Nakamichi Street was demolished. 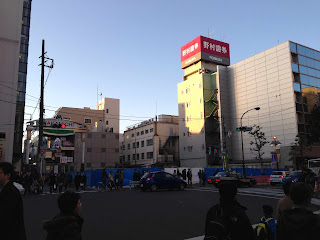 This is what it used to be on Google Maps.

Suehiro Street on the east side of the station - a big building was demolished. 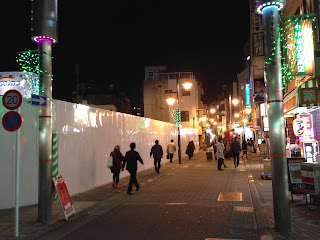 This is what it used to be on Google Maps.

The light-up in front of the Kichijoji Station (north side). 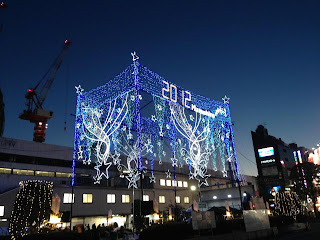 Posted by datadawak at 9:56 PM

Wow what great pictures and changes! I can hardly believe my eyes what changes have taken place! Kichijoji is still a wonderful place to live, how I miss it too much. Thank you for your pictures. Happy new year!

Yes, there are many changes happening in Kichijoji. JR Station is already changed, along with former LonLon has now Atre. Inokashira Line side is now being renovated. The original Iseya Yakitori restaurant is now a tall building and the one by the station is gone. I think it will be re-built next year. I don't know what will be after the buildings gone by Nakamichi and Suehiro Dori. You should really come see it for yourself.

Someday I will return!