I had a nice morning run in Sendaii. Air was crisp and cool.  From the city, I ran up the hill to the park where Aoba Castle used to be.


This is the view of the city from the hill. 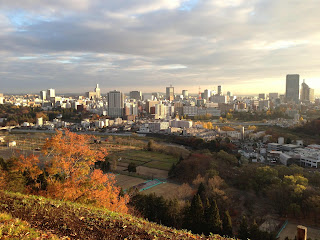 The statue of Date Masamune, the great samurai lord that ruled this area. 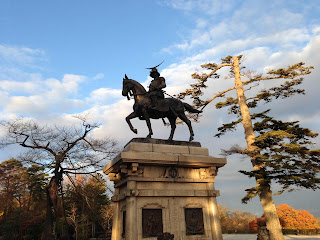 The castle wall was still under repair from damages from the earthquake last year. 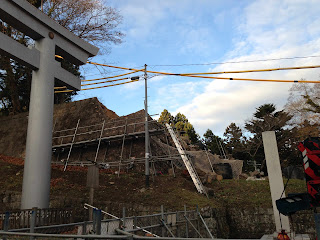 The road to the castle park was still blocked to traffic - cute barriers. 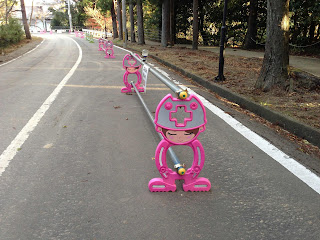 Ohashi Bridge that spans over HIrose River to the castle park. 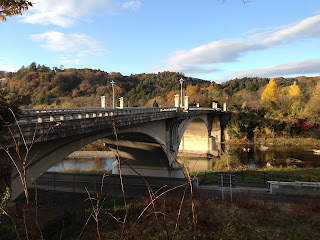 A photo of fallen leaves and my shadow in Tohoku University campus. 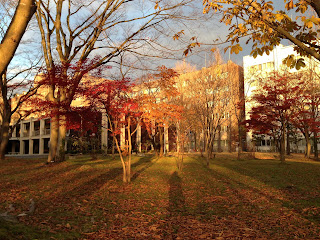 A new subway line was under construction in the city. 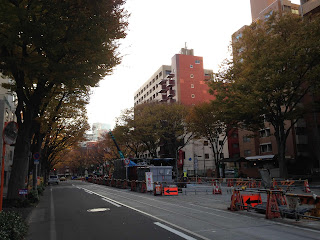