Hikarigaoka is a planned housing area in a north western part of Tokyo.  This site has a bit of information about the community.

This is the nice promenade between the station and Hikarigaoka Park. 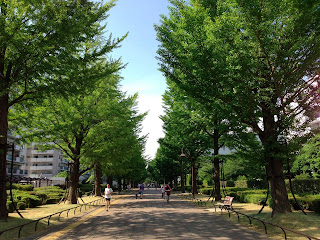 It is a very spacious park. 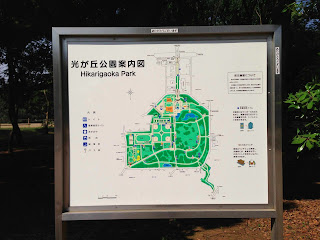 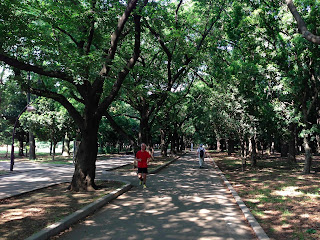 This statue is named 平和の祈り" - "Pray for Peace". 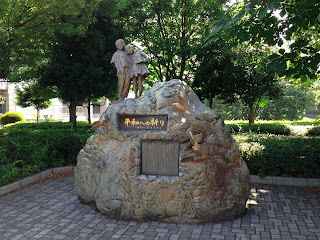 Although it is peaceful and nice now, the park actually has a very painful past.  The area used to be a farmland, but in 1943, to help with the war efforts, farmers were forced to sell their land to build a military airport - Narimasu Airfield.  The explanation on the rock of the above picture says that many young lives were lost trying to defend the nation from this airfield.

After the war, the land was taken over by the US Airforce.  As many as 730 military buildings and 1,284 families of US Air Force personnel lived here.  It was then called "Grant Heights" until it was given back to Japan in 1973.

After the hand-back, it was converted to a park and opened in 1981.  It has 4 baseball fields, a track field, 8 tennis courts, a fountain, a camp ground, a barbecue field, a Gateball field, a soccer field, an archery practice facility, bird sanctuary, tennis practice area, a llibrary, and a gym.
Posted by datadawak at 12:56 PM