I could put in three morning runs the past week.  And now cherry blossoms in Tokyo are in full blossom!

Last Wednesday, I had an early morning run to Zenpukuji Park.  Flowers were not quite yet fully bloomed on that day.

Flowers at the local elementary school. 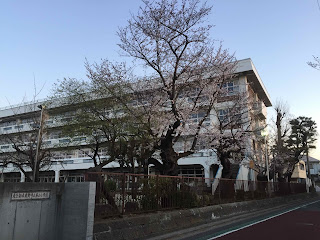 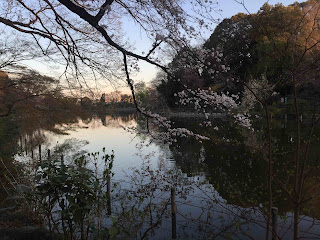 Could see the moon at left top. 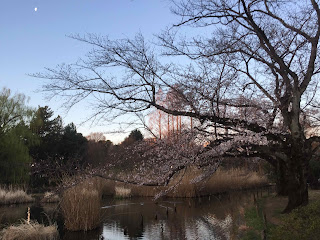 On Friday, I again had an early morning run - this time ran along Kanda River to Takaido, then came back on Tamagawa Josui.

Pigeons on a fence along Kanda River. 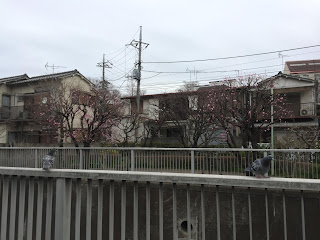 Flowers drape over the river - close from Kugayama. 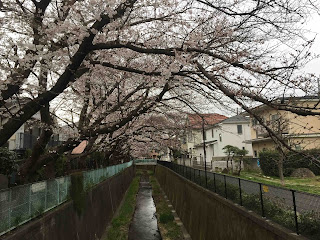 Fully blossomed trees by a little park by Kugayama. 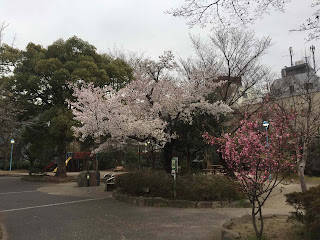 Another beautiful blossoms by Fujimigaoka. 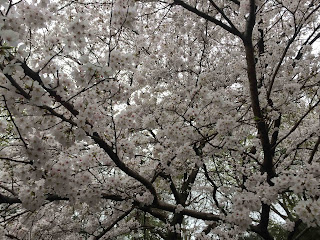 By Takaido Station looking to the other of Kanpachi Road. 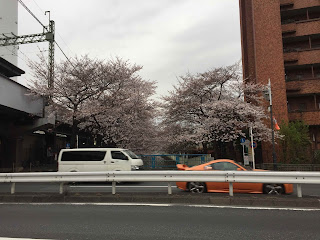 The new road seems to be almost complete. 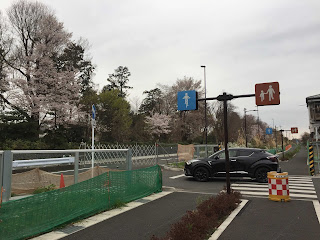 The trail by Tamagawa Josui. 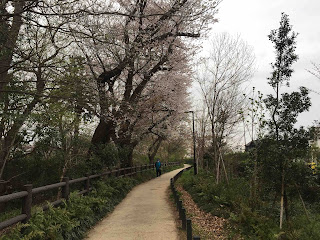 Pretty yellow flowers by a playground. 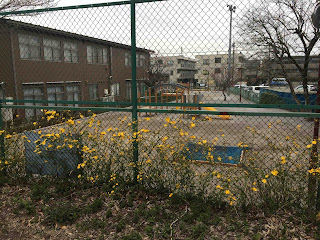 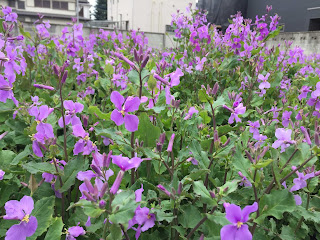 And yesterday, I ran in mid-morning.

At around 8:30, Hanami people were just getting ready. 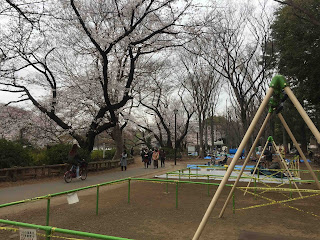 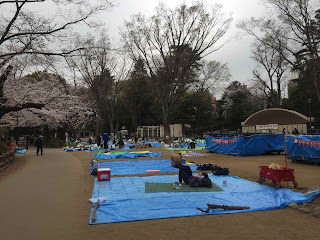 A duck resting on a tree branch. 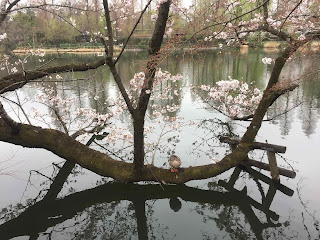 Flowers draping toward the pond. 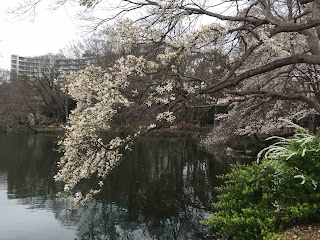 The view towards the bridge by the spring of the pond. 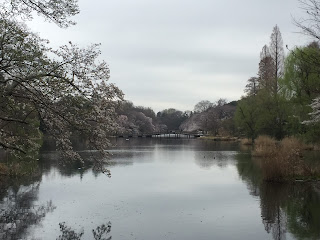 A track teams were arriving for a practice. 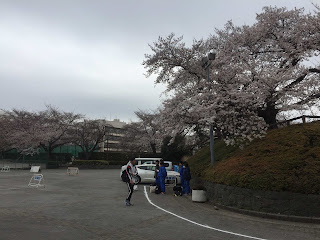 A bus stop by the stadium. 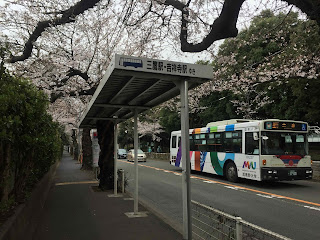 The street by Musahino City Hall. 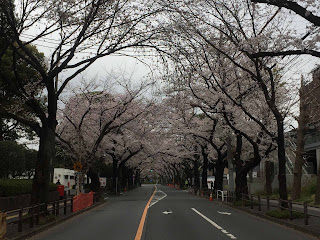 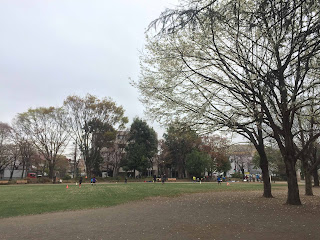 A big tree by Tamagawa Josui by Mitaka Station. 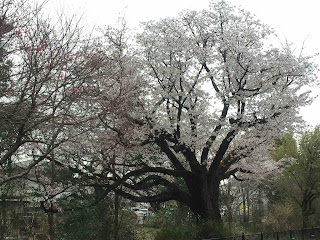 A sign of Mitaka City - obviously designed by Ghibli. 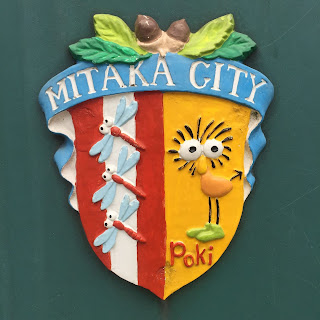 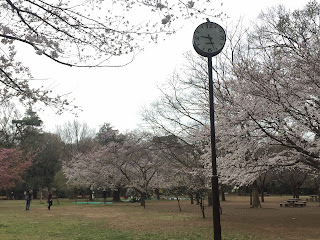 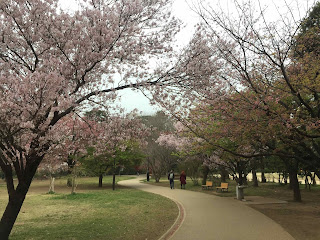 Hanami were starting by the time I got back to the pond area. 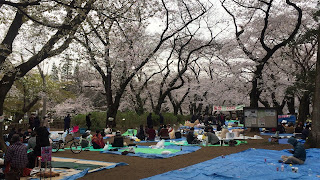 Swan boats on the pond. 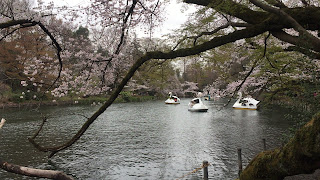 Posted by datadawak at 3:31 PM