Last week, I was in Osaka.  I took a walk in the evening of Thursday around Osaka Station.
Red whales at the entrance of HEP FIVE.  The stores were open late. 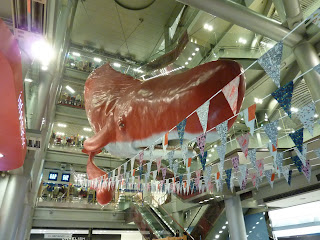 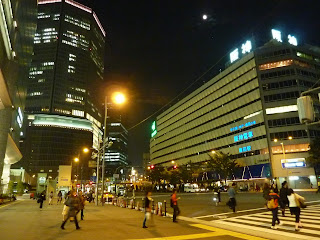 Nest morning, I could go for a semi-long jog.  Three tall buildings are being built at the same time on the north side of the station. 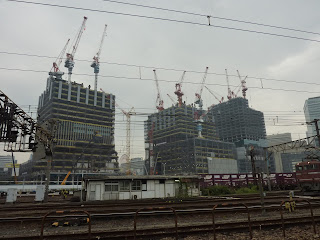 Here's Shin-Osaka Station - approx. 4 km away from Osaka Station.  This is the terminal for Tokaido Shinkansen.  A new tall building addition was being built there. 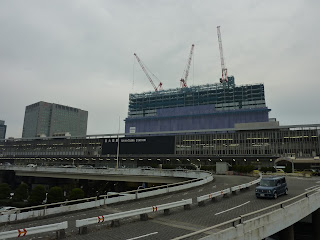 A commuter train crosses a truss bridge over Yodo River. 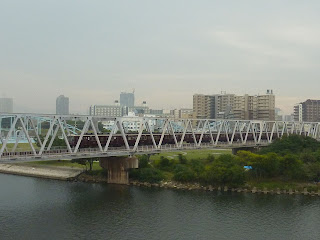 There were many commuters back at Osaka Station. 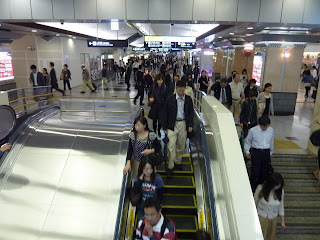