On Tuesday afternoon, I had a good run in Beijing, China.

Took a run north from my hotel and ran into Chaoyag Park.  Unfortunately, I could not run in this big park - I only saw things around it.


At its south west end, I saw an interesting construction going on. It looked a bit like the famous  Bird's Nest Stadium. 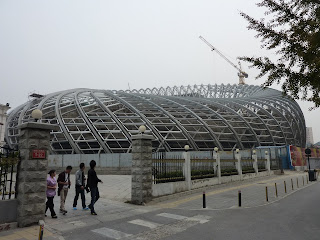 This is a river on the west side of it. It curves through the park all the way to the east side. 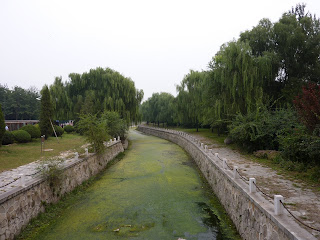 On the east side of the park, there was a nice woody trail. It was nice to run through the trees. 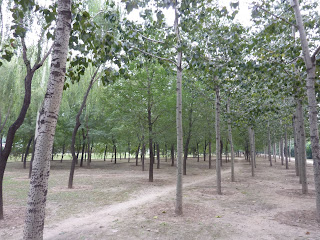 Also on the East side, there was an amusement park with this enormous statue of a basketball player. 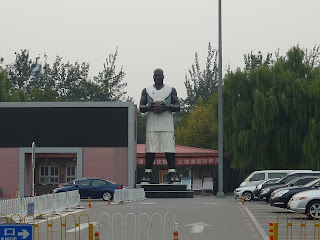 This lake was out of the park on the east side - very peaceful. 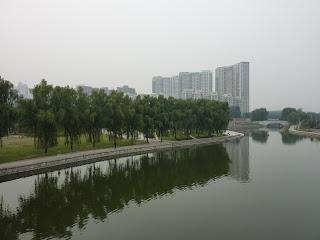 But, the traffic in Beijing is actually very bad all over. I was told later that the air quality is not good at all. 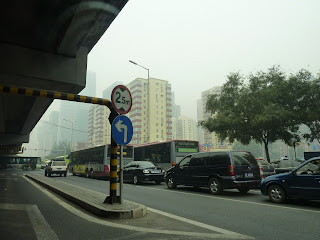 Posted by datadawak at 4:14 PM