I was back in Manila again.  I could run twice this time.

The first time was the late afternoon of Thursday.  It was commuting time - mainly leaving town, in EDSA area.


People waiting for the traffic light to change. 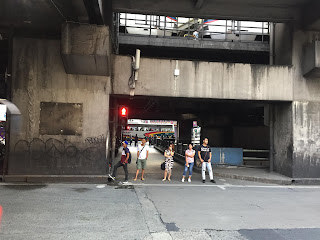 These people were waiting for their rides. 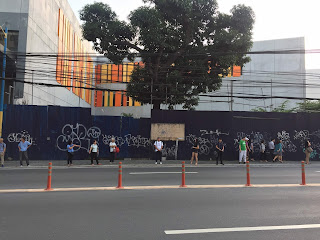 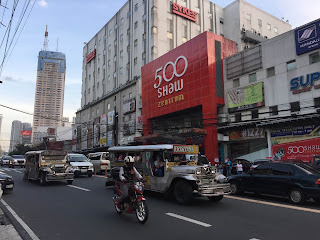 A big sign right by a wall of a golf course. 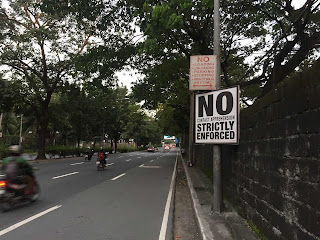 You know what happens. 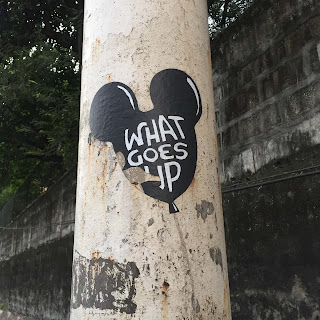 A picture in front of Philippine Overseas Employment Administration. 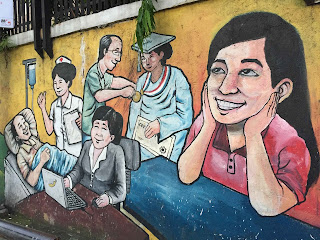 A lot of traffic at the commuting time. 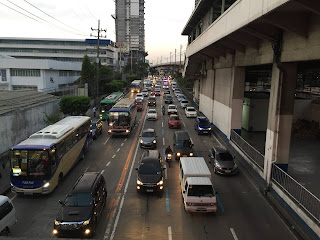 The area close from my hotel. 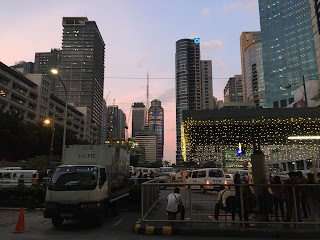 On Saturday, it was a morning run - so I encountered commuters coming into town.
Commuters waiting for their rides in . 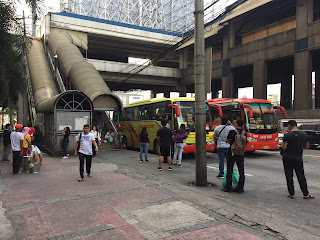 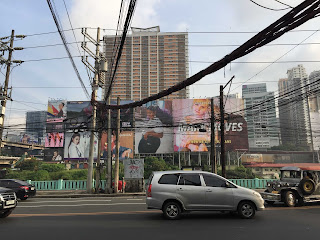 Clothes were hanging to dry by Pasig River in Makati. 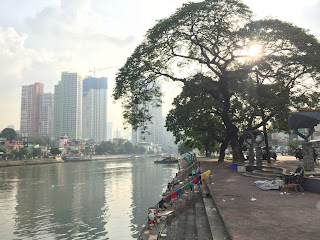 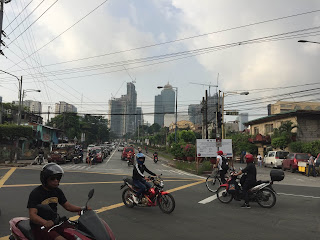 A construction by Makati Park and Garden. 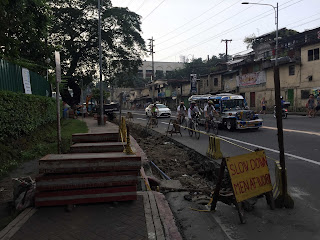 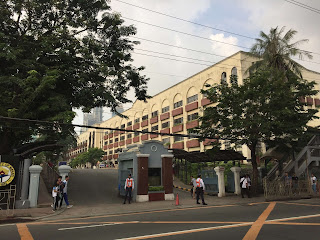 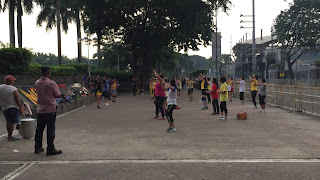 A Catholic monument in the park. 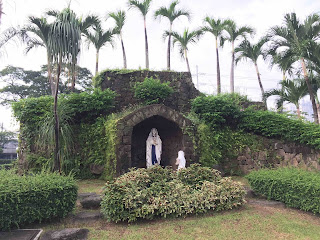 Children were playing in the park. 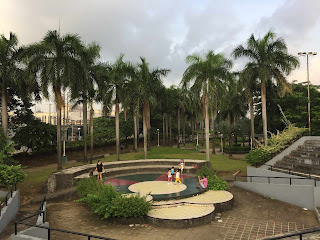 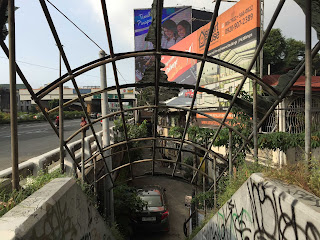 Billboards on Makati side by the river. 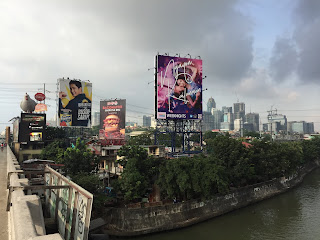 A merchandise being carried in the river. 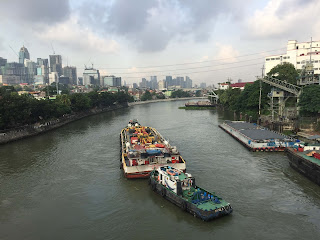 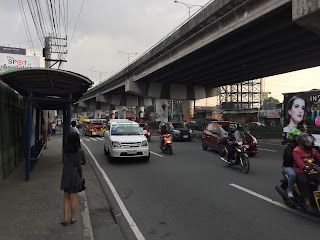 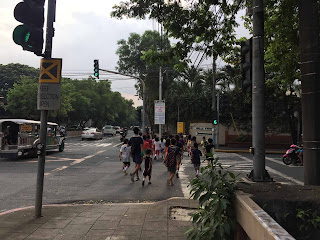 Many high rise buildings are being constructed. 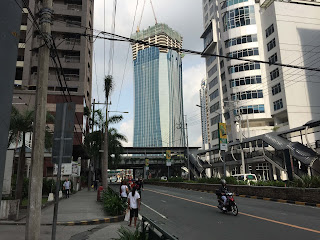 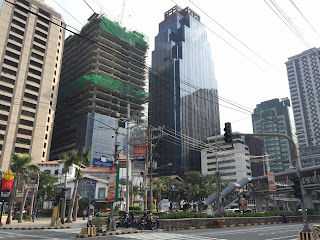 Posted by datadawak at 5:34 PM