Sendai was the closest large city from the epicenter. My hotel still did not have hot water or air-conditioning. Also for breakfast, they served only an onigiri and a cup of tea.

Since the train system including Shinkansen is damaged, people have to take buses.
Here's a long line at a bus stop. 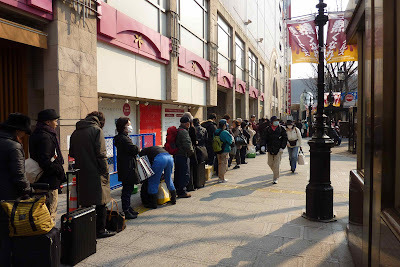 Still, gasoline was difficult to come by - cars were lined up for a gas station. 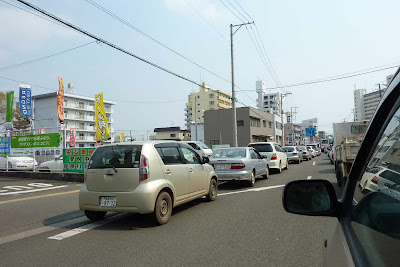 Right by Sendai Airport - cars were washed up by tsunami. 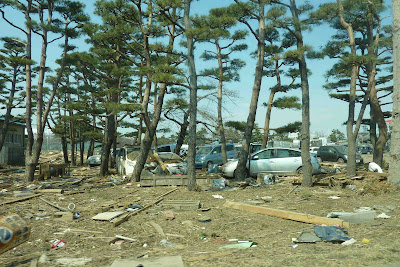 It is currently restricted to use by the Japan Self Defense Force and the US Military. I heard that it will take over 6 months for commercial use will be possible.
Inside Sendai Airport - saw many damaged aircraft. 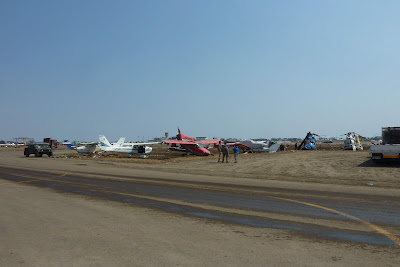 The town of Minamisanriku suffered a severe damage by tsunami. 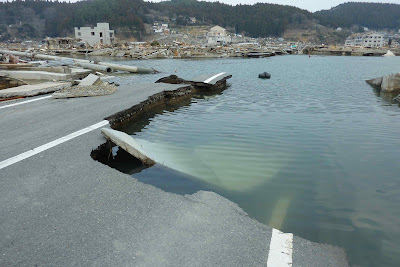 Thousands of people used to live here at a fishing port town until just three weeks ago. 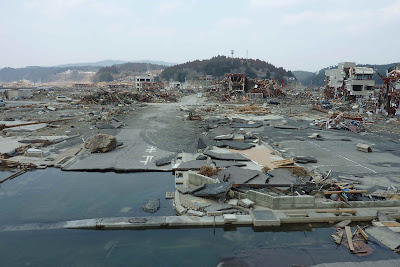 There was a memorial for the victims for the tsunami caused by a big earthquake in Chile of 1960. Here at a park, the broken sign on the right shows how high tsunami came then (2.6 m). This time, height of tsunami was over 10 m - over a three-story building. A steam locomotive (the black rubble on the left side) used to be where the rails are in the middle of the photo. 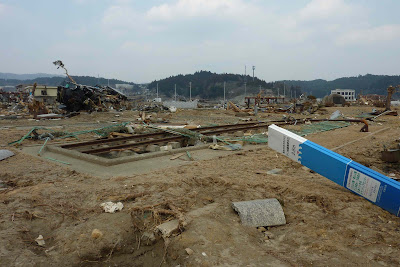 The Self Defense Force was camped out to help. 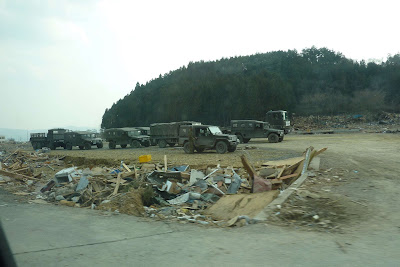 Here's another convoy of Self Defense Force trucks bringing supplies to another destroyed city of Ishinomaki. 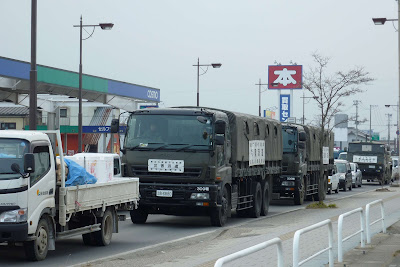 Posted by datadawak at 3:24 PM